The award is given annually to a thinker whose ideas “have profoundly shaped human understanding and advancement.”

Today we discuss the incredible (and notorious!) RBG as she wins this prestigious award. PLEASE, if you have not done so yet, watch 'RBG' the documentary with your daughters as well as with the men in your life! 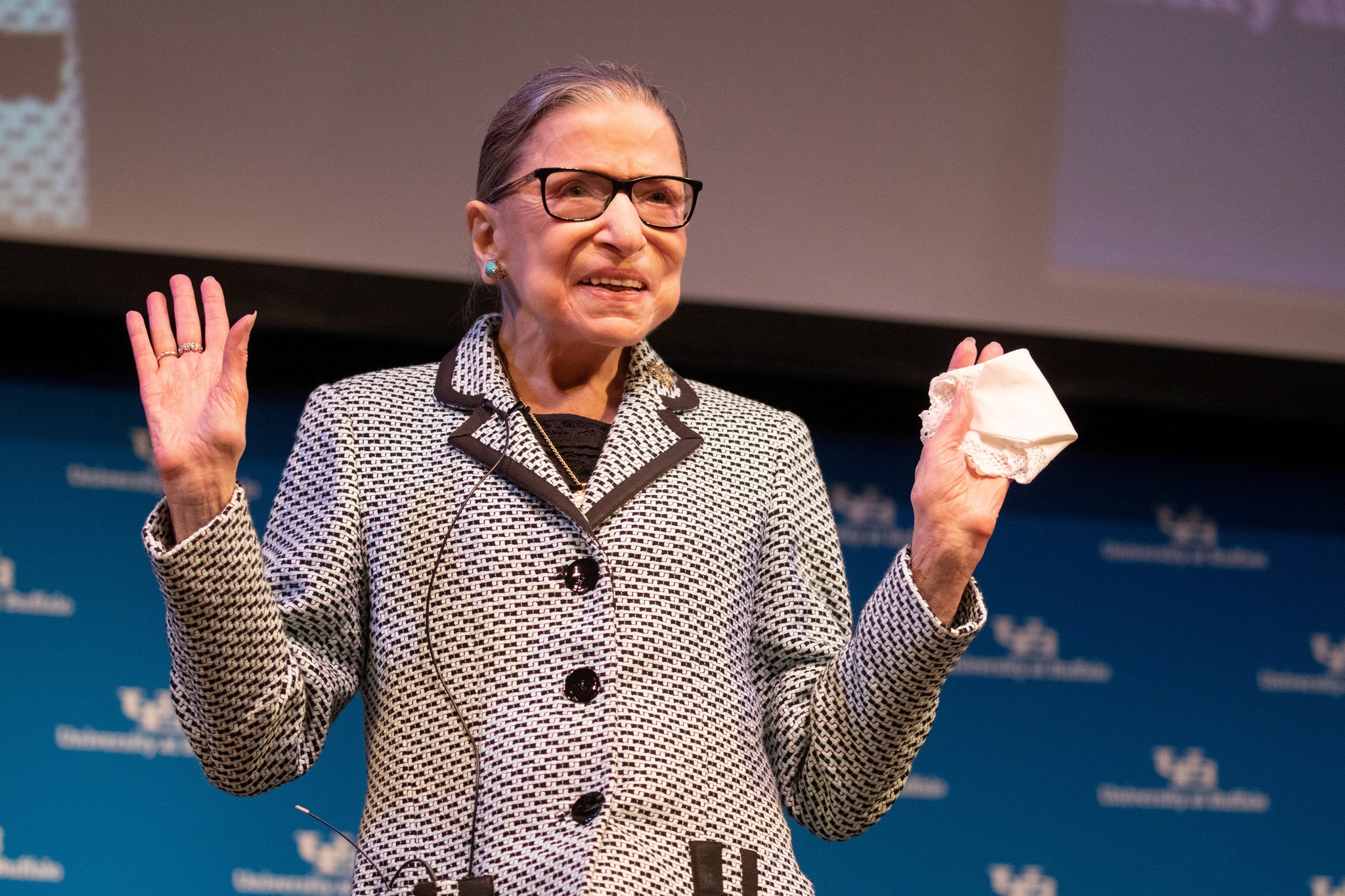 Justice Ginsburg has been named the recipient of the 2019 Berggruen Prize, which is given annually to a thinker whose ideas “have profoundly shaped human self-understanding and advancement in a rapidly changing world.”

The previous winners of the prize, which was first awarded in 2016, have all been philosophers. Justice Ginsburg, 86, who was chosen from a pool of more than 500 nominees, will direct the prize money to a charitable or nonprofit organization. She was hailed by the prize committee as “a lifelong trailblazer for human rights and gender equality,” and “a constant voice in favor of equality, the rights of workers and the separation of church and state.”

“Few in our era have done more to bring vital philosophical ideas to fruition in practical affairs than Ruth Bader Ginsburg,” the philosopher Kwame Anthony Appiah, chairman of the prize committee and a professor at New York University, said in a news release. “She has been both a visionary and a strategic leader in securing equality, fairness, and the rule of law not only in the realm of theory, but in social institutions and the lives of individuals.” The prize comes amid increased public recognition for Justice Ginsburg, a stalwart liberal voice on the court who underwent treatment for a tumor on her pancreas in August.

She was the subject of two movies released last year: the biopic “On the Basis of Sex,” which focused on her early years as a pioneering sex-discrimination litigator at the American Civil Liberties Union, and the more irreverent documentary “RBG,” which included footage of a petite, steely-eyed Justice Ginsburg lifting hand-weights while wearing a sweatshirt reading “Super Diva!”

In the prize announcement, jurors paid tribute to her jurisprudence and the power of her personal story.

“By grit and determination, brains, courage, compassion and a fiery commitment to justice, Ruth Bader Ginsburg rose from unadorned beginnings to become one of the most respected, and most beloved, jurists of our time,” Amy Gutmann, president of the University of Pennsylvania, said. “She inspires women and men of all ages to realize that a democracy thrives to the extent that it provides every citizen equal footing to achieve their dreams.”

The prize is awarded by the Berggruen Institute, a research organization in Los Angeles dedicated to improving governance and cross-cultural understanding. The three previous winners are the Canadian philosopher Charles Taylor, the British philosopher Onora O’Neill and the American philosopher and classicist Martha Nussbaum. Justice Ginsburg, who prize officials said was not available for comment, will accept the award in December at a private event in New York.

Week 10, Fall 2019 Wednesday Class Things Have GOT To Change

Week 8, Fall 2019 Wednesday and Friday: Meet Barbara Trentalange, An Artist with a Voice